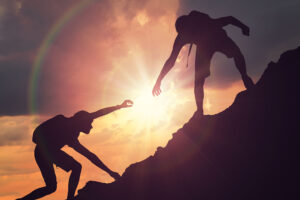 Opioids are incredibly addictive substances. All opioids (both legally prescribed drugs and illicit drugs) interact with and stimulate opioid receptors within the brain to block pain and produce feelings of euphoria. Additionally, they quickly rewire the brain, forcing the body to adapt to their presence. Eventually, the patient develops a dependency to their presence and often must increase their dosage to feel the same effects.
If someone has developed an opioid use disorder, quitting an opioid can trigger severe symptoms in as little as 6 hours after they stop taking the drug.

The symptoms of opioid withdrawal can be dangerous and extremely uncomfortable. From a clinical standpoint, opioid withdrawal is one of the most powerful factors driving opioid dependence and addictive behaviors. The number one reason for continued use of opioids is avoiding the pain of withdrawal.1

The detox stage in addiction recovery is crucial for patients to reach sobriety. For many patients who struggle with opioid use disorder, the withdrawal timeline is painful and an uphill battle.

Opioid Withdrawal Symptoms During Detox
Symptoms of withdrawal will depend on individual tolerance of the drug and the user’s body, but there is a typical pattern of symptoms once the drug is no longer in the system:

For many, the worst symptoms are felt around the 72-hour mark but decrease in severity after 3 or 4 days.

S.T. Genesis Helps Reduce Opioid Withdrawal Symptoms
Pharmacotherapy has been the mainstay for the induction phase of treatment of opioid withdrawal with varying degrees of success. S.T. Genesis is a novel approach to opioid withdrawal management. The device helps reduce a patient’s symptoms as they transition through detoxification to medication-assisted therapy (MAT).

This non-invasive intervention utilizes a carefully-calibrated Percutaneous Nerve Field Stimulator (PNFS) device to administer an auricular neurostimulation treatment over the course of 120 hours. It spans the critical time when patient withdrawal symptoms are most severe. S.T. Genesis targets the neurons in the amygdala, the area of the brain responsible for fear and anxiety. It effectively reduces symptoms in patients within 15-20 minutes after administration by a provider.

Use of S.T. Genesis for opioid withdrawal symptoms helps to stabilize patients and sets the stage for motivating patients to discontinue opioid use and enter longer term treatment. Learn more about S.T. Genesis.