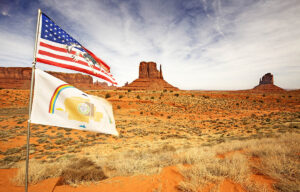 There are nearly 5.6 million Native Americans living in the United States, comprising 1.7% of the total population. While Native Americans account for only a small portion of the U.S. population, this group experiences much higher rates of substance abuse compared to other racial and ethnic groups. The Native Americans’ struggle with addiction is rooted in historic issues such as high rates of unemployment, economic hardships, lack of insurance, and loss of community cohesion.1

Indigenous Americans have had overdose death rates rivaling white Americans since the rise of prescription opioids in the early 2000s. The current trend indicates a 24% higher incidence of opioid addiction and overdose among the Native American community.  With the overall drug overdose rates in America increasing by 31% in 2020,2 the death rate surged dramatically among Indigenous Americans who saw a staggering increase of 43% in just one year.3

Opioid use disorder and addiction coupled with the strain of navigating a pandemic presents a complex multi-faceted treatment problem. Of particular concern is that a rapid or sudden reduction of opioids results in severe withdrawal symptoms which can lead users to seek relief through additional drug use leading to overdose.

In early February 2022, pharmaceutical companies agreed to a $590m settlement3 with Indigenous American tribes. The lawsuit claimed that the companies’ targeted sales of opioid pills, like OxyContin, fueled waves of addiction and overdose deaths that have had devastating impacts on Indigenous communities. Overdose death rates in this population, exacerbated by the COVID-19 pandemic, surpassed that of white Americans between 2019 and 2020 and were well above those of other racial groups at 41 deaths per 100,000 people.

Speranza Therapeutics has partnered with Native Health Advisers (NHA), a Native American Woman-owned business, whose focus is integrating new technology to elevate care of Native Americans. NHA will support the use and marketing of S.T. Genesis in their community as a way to help patients through opioid detox. NHA efforts will focus on adding the S.T. Genesis device to hospital systems in the Native health community as well as aid in onboarding patients that have been cleared by a physician to receive the device.

Speranza Therapeutics S.T. Genesis can play a pivotal role in reducing withdrawal symptoms for Native Americans. The FDA-cleared device supports the reduction of opioid withdrawal symptoms and can be used in an inpatient or outpatient treatment plan. The noninvasive, drug-free device is easily applied to the ear by any provider and administers treatment for 5 days helping the patient during the most critical time as they reduce opioid use. The device has proven clinical efficacy in reducing opioid withdrawal symptoms by up to 93% within the first hour, most occurring within 15 minutes.