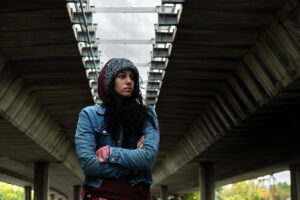 In recent years, there has been an extreme rise in illicitly produced fentanyl being mixed into other drugs such as cocaine, counterfeit prescription pills, and methamphetamines. This, coupled with the increase in drug use and isolation from the pandemic, has led to a significant spike in overdose deaths. According to Dr. Nora Volkow, head of the National Institute of Drug Abuse, “people are often consuming fentanyl unbeknownst to them, resulting in a spike in overdose deaths.”1

The Dangers of Fentanyl

Fentanyl is a synthetic opioid used to treat severe pain that is, according to the DEA, almost 100 times more powerful than morphine. As a controlled substance, patients must be closely monitored by a medical professional when taking fentanyl. Illicit fentanyl is being manufactured and distributed into the illegal drug market. There is significant risk that illegal drugs have been intentionally contaminated with fentanyl.  Due to its potency and low cost, drug dealers have been mixing fentanyl with other drugs including heroin, methamphetamine, and cocaine, increasing the likelihood of a fatal interaction.2

It is possible for someone to take a pill without knowing it contains fentanyl. Fentanyl is increasingly pressed into pills made to look like legitimate prescription opioids. 42% of pills tested for fentanyl contained at least 2 mg of fentanyl which could be a potentially lethal dose.2 People with opioid use disorder seeking pills on the open market are at grave risk.

The Soaring Number of US Overdose Deaths

Annual drug overdose deaths have reached another record high in the United States as deaths from fentanyl and other synthetic opioids surge to unprecedented levels. According to CDC provisional data, an estimated 105,752 people died of drug overdoses in the 12-month period ending October 2021. This was the seventh time in a row that estimates for the latest 12-month period had been above 100,000.

About two-thirds of those deaths involved synthetic opioids such as fentanyl. Overdose deaths involving these drugs have nearly doubled over the past two years, from about 35,000 deaths in the 12-month period ending October 2019 to more than 69,000 in October 2021. 3

All but four states saw increased overdose deaths during this period. Scanning the headlines of any local news you will find individual stories of these tragedies. You will also find stories of public officials and family members who have lost loved ones working to find solutions to save other lives.

An Urgent Need for Innovative Solutions

With the emergence of these new dangers and the staggering overdose numbers, we need to find ways to help those affected to fight their addiction. Now more than ever, new solutions are needed in the area of detox care. The primary reason for not seeking help is often the fear and pain of withdrawal symptoms.

Speranza Therapeutics offers a new treatment solution to help relieve opioid withdrawal symptoms. Its S.T. Genesis device can play a pivotal role in reducing the withdrawal symptoms many opioid-dependent patients can face when attempting to stop or reduce use. The FDA-cleared device supports the reduction of opioid withdrawal symptoms by targeting the areas of the brain responsible for pain and anxiety. The noninvasive, drug-free device is easily applied to the ear by any provider and administers treatment for 5 days, helping the patient during the most critical time as they reduce opioid use.